Well it’s definitely been a strange few weeks. There have been lots of emotional ups and downs. Like a lot of people in many countries around the world, life has taken a completely different direction to the one that I had planned when I retired in January. At the moment all travel plans are postponed and all social gatherings are off. The gym that I have been attending regularly has now shut under the government guidelines and the freelance work that I had planned has been cancelled for now. So it’s time to take stock, rethink and make some new plans.

A Last Weekend Away

A few weeks ago, I managed to spend a lovely weekend away in Northumberland, with my husband, brother-in-law and sister-in-law. During the week before, we were unsure whether we would be going or not.

My really good friend Sarah, had been having treatment for cancer, which had recently been stopped. She has been such a strong lady over the last few years since being diagnosed, but this really knocked her confidence. She was really struggling with some of her symptoms and also with her emotions. I was really undecided about going away, but once things were properly in place for her being looked after I decided to go.

Sadly my brother-in-law also lost his lovely dog Ruby during the week before we were going. Ruby, a Staffie,  was 12 years old and had been an important and loved member of the family. My youngest daughter was terrified of dogs when she was younger and initially would not have anything at all to do with Ruby. However, over time Ruby won her over and was such a gentle dog that they became good friends and the fear of dogs was solved. So much so that she has been asking to get a dog of her own for ages.

We had a few tears whilst we were away for the weekend, particularly walking along the beach without Ruby which was really hard. But we also had a lot of laughs. We talked a lot, reminisced and planned for the future. One of the things that often comes up when we are away is how important family and friends are, why you should do the things that you want to do, not to put them off, as you never know what is going to happen in the future. Little did we know then how our lives were going to change over the next few weeks.

Stepping Into The Unknown

In the current situation, none of us have any idea what the future holds, but in some ways that is no different to our normal lives. Yes the world has changed dramatically and we really have to adjust our lives to deal with the unknown. But do any of us ever know what life will bring. In our ordinary world we don’t know whether we will get ill, how long we will live, whether our jobs are secure, whether our holidays will be cancelled etc

I am normally a worrier and I know that I deal with some things better than others. If  can do something about it, then I tend to go headlong into organising and “doing”, which usually helps me to cope. There is also usually an end game, which helps to focus. But it is the things that I have no control over that I struggle with, where I can’t do anything to change it and I don’t know where the end is.

A couple of days ago I had a real flash of anxiety over a number of things that I have absolutely no control over, mostly other people’s attitudes and actions.  So I had to give myself a good talking to and am now concentrating on trying to be positive and make the most of the situation that we find ourselves in, accepting that I can’t change it and I don’t know when the end will be. But it will end and I am hopeful that I will emerge a stronger and better person. 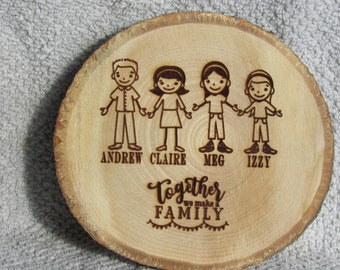