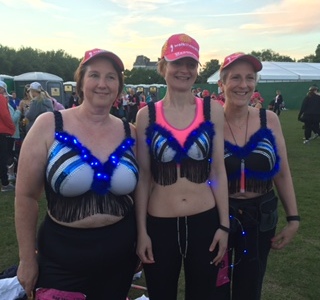 Sometimes the first week back after your holidays is really difficult. It can be hard to get motivated, you can feel a bit low, or have the holiday blues. Although I was jet lagged initially when I returned home, it has actually been a good week.

And the winner is

On Friday night I attended an awards ceremony at work as I had been nominated for an award. I’m not really an awards kind of person, as I become quite embarrassed and uncomfortable with being praised. This sound a bit weird, but I am quite happy going along doing what I do.

I did feel quite honoured and proud. The nomination was for my work with vulnerable victims. The evening was quite a splendid affair, with dinner and drinks. It reminded me of the BAFTAS or Oscars, where the nominations are shown on a video clip and then the winner is announced on the opening of an envelope.

I didn’t win the award, but it was lovely to be nominated and to hear positive stories about work, rather than the day to day moaning and griping about things, which I am as guilty of as anyone.

A sense of achievement

Yesterday two of my friends and I attended and took part in the Moonwalk in London, in aid of Breast Cancer Charities. My lovely friend has fought a very courageous and dignified battle with breast cancer and I was honoured when she asked me to take part in the walk.

So last Sunday we set about decorating our bras, as the idea is that you complete the walk in a bra. The decorating took most of Sunday, but our team was called “The blue light brigade”, so we decorated the bras in blue sequins, diamante, blue feathers and flashing blue lights.

The walk last night was amazing. the organisation was unbelievable and to see thousands of like minded people all walking together was inspirational. There were hundreds of volunteers who assisted by giving out water, serving food, selling merchandise, directing people, picking up litter and cheering the walkers along as they continued around the route.

The walk was 26 miles around London, through the night. It felt like a long way (well I guess it was!) and it was hard work on the feet, but we kept going. the weather was generally kind to us, being quite mild with only a few showers of rain.

We managed to complete the walk in 9 hours and 18 minutes, which was well within the target that we had set ourselves of between 8 and 10 hours.

It was quite emotional coming over the finishing line, both because of the reason we were there, but also because of the sense of pride in such a great achievement. After a short rest and a cup of tea, we got back on the tube to Kings Cross, then had something to eat before getting back on the train home. Needless to say we slept quite a bit on the train home, but we all arrived safely barring a few aches and pains and blisters. The really great thing is that we have raised over £1000 too, so thank you to all our friends and family who donated.