We’ve had a great day today at Universal Studios in Los Angeles today. We arrived as the park opened and left as it was closing (we like to get our money’s worth, after all we’re Yorkshire folk)

As we had tickets that allowed us into the park an hour early, when only The Wizarding World Of Harry Potter is open, that gave us a chance to have a look around and ride on the Forbidden Journey. This was so much fun and we had a great laugh.

We then went on the Studio Tour, which is a 45 minute visit around the lots where filming has taken place for some many films in the past. We also got to see some of the sets and special effects.

Next was a ride on the Simpsons and a visit to the stunt show Waterworld.  Again both were really impressive

Bravery in the Walking Dead

Although I am the only one in our group who watches The Walking Dead, I persuaded everyone else to go with me. I had scared myself half to death before I even got in there!

Basically you walk through a building which has been taken over by the dead. Much of it is animated, but there are also live actors who jump out at you or reach to grab you as you go past.

Needless to say I gripped my husband’s hand and screamed my head off all the way round. Our friends were behind, but the funniest thing was when I turned round, a total stranger who had gone in on her own was clinging on to them for dear life!

By the time we came our we were all a little hoarse and slightly hysterical.

The rest of the afternoon was spent travelling on the other rides, including Despicable Me, The Mummy, Transformers and Jurassic Park. It would be hard to say which was my favourite as I enjoyed them all.

Around the park we also met a number of characters, which all added to the fun of the day.  We also visited the special effects show.

All in all we had a great day. We didn’t reallly have to queue for anything and we got to do and see everything that we wanted to.

At the end for the day we drove back to the hotel, showered and then went down for pizza, sitting outside by one of the fire pits. A perfect end to a perfect day 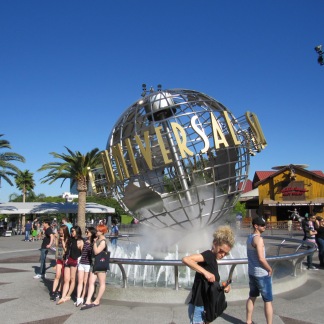 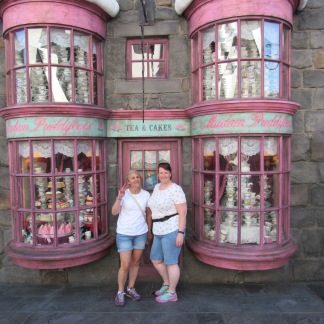 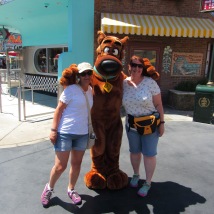 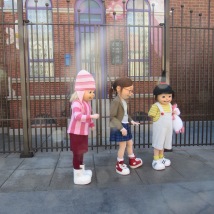 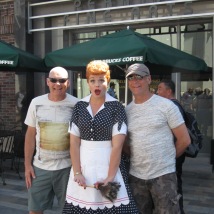